The first US tornado warnings of 2012 occurred in a part of the country one might not expect for the time of year being that of Missouri and eventually into Illinois. The number and intensity was a surprise to those of us who were awake on the overnight watching the event unfold. Up this way we were initially forecast to receive little more than a few rumbles of thunder but ended up with marginally severe storms producing heavy rain, wind, hail and a few regional power outages.

This was the scene in Missouri. 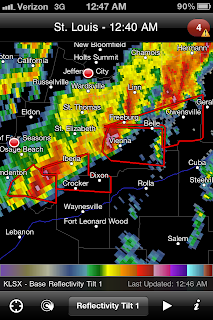 Turning attention towards home, I was at Forsyth and watching radar as we were in the notch of the parent surface low with the warm front extending to my N. As far as position goes, placement was perfect for viewing and experiencing the most intense area were it not for being stuck where I was surrounded by commerce. On passage we were slammed with gusty downburst winds with a measured gust of 47 MPH observed out at the Decatur Airport. 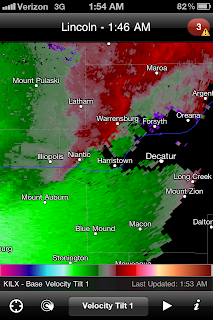 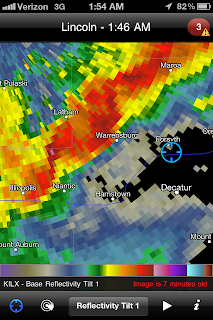 Facing W and shooting continuous, a decent look at the approaching shelf. 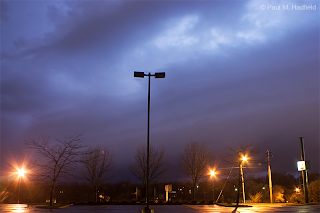 Shifting towards the NNW with the shelf nearly overhead. 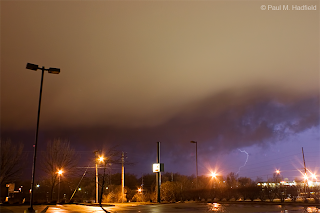 
Overview after passage of the above scene. 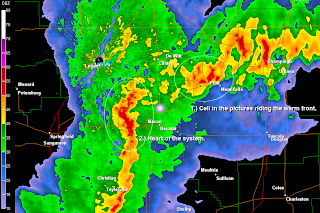 The reflectivity indicative of stronger winds at Harristown would pass over my home which is SW of the icon. Coincidentally my neighbor's dead tree didn't make it through the night though I was unaware at the time I saved the frame. 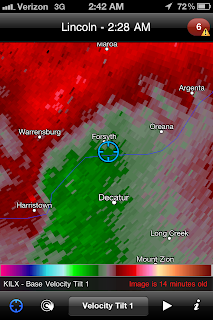 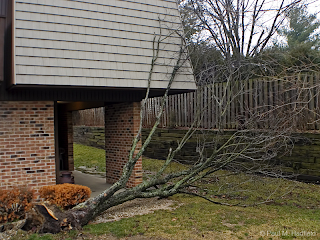 Throughout the day temperatures plummeted to sub freezing and with it, a few scattered snow showers reminding us that spring is still a long way off. 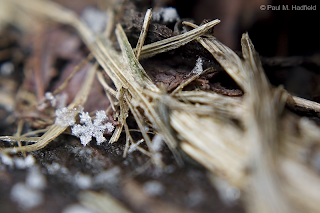 and finally, would you believe there was an EARTHQUAKE in Illinois today?
Posted by p at 4:02 PM